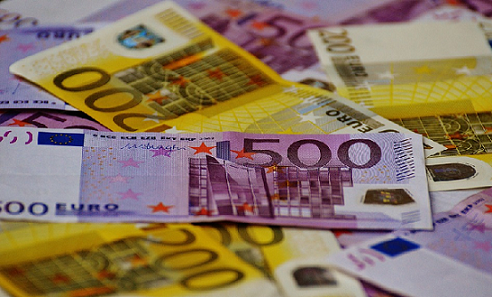 The Governor of the National Bank of Hungary, Gyorgy Matolcsy, wrote a piece recently that has, quite likely, raised many eyebrows in the EU (“It is time to recognize that the euro was a mistake” , Financial Times, 4 November). For it is a sort of a diatribe against the euro, which, allegedly, was a French ploy to keep Germany well anchored in the EU. In a way, it sounds like Lord Ismay’s famous saying that NATO is needed to keep Russians out, Germans down, and Americans in. The text contains a range of grievances, some of which have been in public debate, under various shapes, over the years. As a matter of fact, many economists decried the introduction of the common currency without proper fiscal underpinnings. Otmar Issing himself, the ECB’s first chief economist, talked about it too. And let us remember that the McDougall Report of 1977 concluded that an economic and monetary union needs a significant common budget to make it viable. An economic divergence between the North and the South of the euro area is also evident and it cannot be ascribed to extra-euro area phenomena only.

One can hardly refute what is commonsensical and, more or less, part and parcel of a collective wisdom regarding what the euro area needs to become a robust construction: risk-sharing instruments (including a “fiscal capacity”’) which should not be “junior” to risk-reduction measures, a solid Resolution Fund, a collective deposit insurance scheme (EDIS), “smart” fiscal rules (which should not amplify pro-cyclicality in times of badly needed correction of imbalances), a collective macroeconomic policy stance and, not least, a joint safe asset that should also help the euro be a more competitive global currency. A problem, that is alluded to by Governor Matolcsy, is that political hindrances have stalemated advance. And I would add that, ironically, Germany, which is, arguably, the biggest economic winner of the creation of the single currency, seems to underplay this reality; for the euro has operated as an undervalued Deutsche Mark, which explains its formidable current account surpluses, year after year, to a large extent. The Netherlands is in the same category.

But it is one thing to notice major flaws in the euro area design and functioning, and another thing to state that the euro introduction was a strategic error. If one accepts that the euro is a strategic and political construct to help the European Union in global competition and maintain peace in Europe, its creation was inevitable. Whether its creation was premature is irrelevant now. What are relevant instead are the weaknesses of its design, which could not have been inconsequential; some of these weaknesses were dismissed by politicians, and others were poorly understood by not a few economists at the time as well.

But let us judge the history and the fate of single currency with the benefit of hindsight and in a forward perspective. In 1999, China was not the seemingly unstoppable economic (and not only) juggernaut it is today. And the US were not, at the time, a bitter economic rival of the EU, which they seem to become in a world of proliferating “first would be nations” and when NATO and the transatlantic relationship are, unfortunately, weakened. There are also European value chains in the euro area, in the EU, which reflect pretty deep economic integration and which may dent the potency of independent monetary policies as adjustment tools –though I would refrain from saying that independent monetary policies are devoid of any usefulness for larger New Member States (such as the Czech Republic, Hungary, Poland and Romania) as against currency board regimes. There are also all kind of new major threats that demand a collective EU response, a cohesive union.

A belief that a partial, or complete, dissolution of the euro area would make the EU stronger is not convincing at all. A dynamic of events along such lines would probably cripple the European project fatally. And such a denoument would be bad for everybody, for the transatlantic relationship as well. NATO would be much damaged as well.

The euro area needs profound reforms to become robust and, thereby, strengthen the single currency and the EU as a whole. German minister Olof Scholz’s proposal about EDIS, though not ambitious enough, goes in the right direction. And, hopefully, key proposals one finds in the EC reflection reports of 2017 and in other analytical documents will turn into reality; the sooner the better. One should not wait for another deep recession to turn bold and do “whatever it takes to save the euro”, to repeat Mario Draghi’s famous statement of July 2012.

Reforms in and of the euro area, to make it robust, would be more than welcome in accession candidate countries. As for its part, the Romanian economy needs to achieve a critical mass of real convergence and control its imbalances on a sustainable basis in order to enter The Exchange Rate Mechanism2 and, after that, join the euro area under auspicious terms.